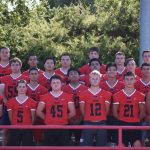 Come cheer on our Football team at Homestead High School tonight. F/S plays at 4:30 and Varsity at 7:00. GO TITANS!! 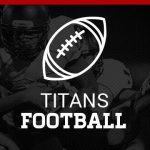 What’s this? Gunn on a winning streak? You’d better believe it. It’s now two in a row for new head coach Brandon Boyd, and the Titans did it in impressive fashion on Friday night in a nonleague football game vs. Harbor of Santa Cruz. Gunn (2-1) claimed a fuel-injected 52-20 victory on its home field, 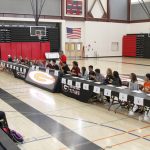 Gunn celebrates its future collegiate stars     Twenty-two Gunn student-athletes who have made commitments to pursue their chosen athletic disciplines at the college level were honored Monday at the school gym. In keeping with the high emphasis placed on academics in the area, the majority of those student-athletes are headed to prestigious academic institutions